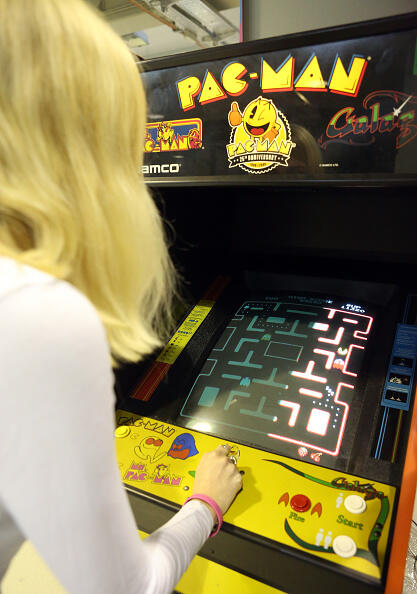 Pac-Man is turning 40 and there is no gaming icon who is more recognizable.

Here are seven things you might not have known about Pac-Man.

When Pac-Man made his debut on May 22, 1980, video games were largely considered a boy’s club. Creator Toru Iwatani said he wanted to create a game to change that.

“The reason I created Pac-Man was because we wanted to attract female gamers,” he says. “People had to go to the arcade center to play games. That was a playground for boys. It was dirty and smelly. So, we wanted to include female players, so it would become cleaner and brighter.”

While the iconic bright colors of each ghost are part of the Pac-Man legacy today, Namco president Masaya Nakamura was not a fan of that design. He ordered Iwatani to make them all red, thinking players might believe them to be Pac-Man’s allies.

Pinning down exactly how much cash Pac-Man has generated isn’t a simple matter. The character has appeared in so many different games and been merchandized in so many different ways that it’s an accounting nightmare. The arcade game was played more than 10 billion times in the 20th century. That’s $2.5 billion in quarters alone.

Pac-Man chomps dots and Iwatani says food was central to the design of the character. He thought about a game that would attract female players and about how much his wife loved to eat dessert.

The original name for Pac-Man in Japan was Puck-Man, but Midway Games changed it to Pac-Man so vandals wouldn’t cut out part of the P to create something not family-friendly. The name Puck came from the Japanese expression “puck puck” which loosely translates to “munch munch.”

Iwatani says there was one gameplay mechanic he wanted that he had to leave out.

“I wanted to have a shelter and it would move up and down,” he says. “When the ghost comes, the ghost would be pinched by the shelter which would disfigure the ghost.”

He has had his own line of trading cards, lunch boxes and board games, and appeared on the cover of Time Magazine. He was a Top 40 hit for Buckner & Garcia’s “Pac Man Fever” which hit number nine on Billboard’s charts in 1982. He’s been in films as well as at least two television cartoons. And the original game has appeared on virtually every gaming platform to have ever been released.

Pac-Man debuted in the aftermath of Mount St. Helens eruption that spewed volcanic ash and steam into the sky in southwestern Washington state.