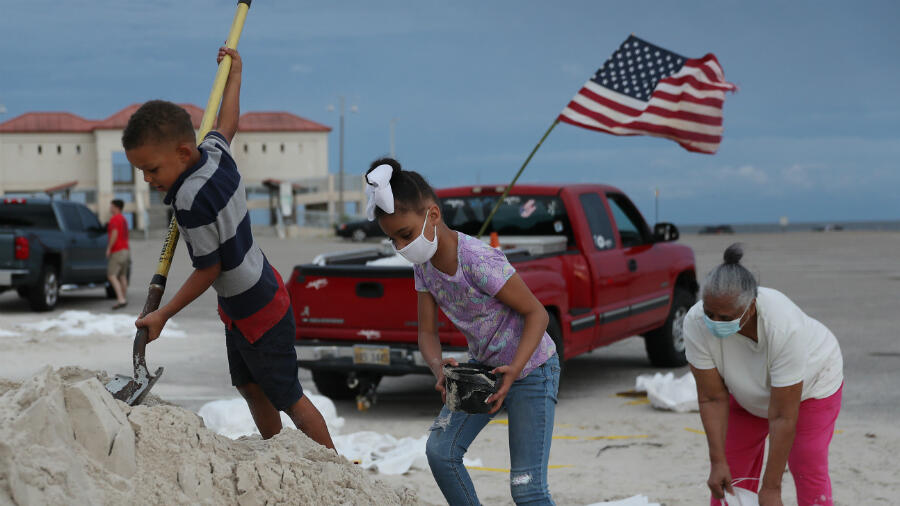 The National Hurricane Center is warning people living along the Northern Gulf Coast to be prepared for heavy rains and damaging storm surge as Hurricane Sally slowly churns towards Alabama, Louisiana, Mississippi, and the Florida Panhandle.

"Historic flooding is possible from Sally with extreme life-threatening flash flooding likely through Wednesday along portions of the northern Gulf Coast," the NHC said.

Sally rapidly intensified on Monday and became a Category 1 hurricane as it slowed down over the warm water in the Gulf of Mexico. The storm is forecast to make landfall late Tuesday evening or early Wednesday morning with maximum sustained winds of 85 mph.

It could bring upwards of 20 inches of rainfall and a dangerous storm surge of ten feet in some areas.

"We could be looking at 24 hours of rain. We anticipate a storm surge of 7-11 feet, and this storm is expected to cover two high-tide cycles, which adds another couple of feet of water." Biloxi Emergency Manager Nick Geiser said.